Even just a few decades ago, Buddhism and spiritual practices were considered almost esoteric. They were not discussed as widely as they are today. Nowadays, things like yoga (which isn’t actually a Buddhist technique, but many people seem to associate with it) and mindfulness are making their way into the mainstream.

Even therapists are starting to recommend the use of mindfulness and yoga because of their impressive benefits. Yoga and meditation have both been shown to help reduce stress and make people more resilient to depression and other mental health problems. In fact, there is an entire branch of CBT based on mindfulness known as mindfulness-based cognitive therapy.

In this article we’ll explore a bit about how these ancient techniques can be beneficial for helping people struggling with mental health problems in the modern world.

What Are Yoga and Mindfulness?

Yoga and mindfulness are both ancient practices. Though they are often associated with each other, they have different origins.

Yoga is actually a very complicated life science that has 8 different branches, which encompass training for all areas of an individual’s health and well-being: emotional health, mental health, physical health, spiritual health, and so on.

However, what we commonly call ‘yoga’ here in the West is but one single branch of the in-depth yoga philosophy: asana, or yoga poses – basically, a whole-body form of stretching.

While yoga is definitely more effective when the whole system is used, there’s no doubt that people in the west can experience massive improvement to their physical and mental health simply by using yoga poses.

Mindfulness, on the other hand, has less defined origins. Mindfulness is simply a state of mind that allows one to perceive their reality as it is, without personal biases, beliefs, judgments, or labels interfering with it. This allows them to form a healthy relationship with their external world.

Mindfulness training and practice are often attributed to Buddhism, but the actual state of mindfulness has likely existed for as long as human kind. However, Buddhists began to refine the practice in the 3rd and 4th Millennia B.C. Many studies have been done on the complex interplay between mindfulness, yoga, and Buddhism.

Benefits of Yoga and Mindfulness

Mindfulness and yoga can both have tremendous benefits – not just for people who are struggling with mental health problems, but for people in general. Some of the best benefits include:

What used to be a seemingly convoluted practice has now made its way into the mainstream psychological movement. Yoga and meditation have stood the test of time, and are now being proven by science to be effective for fighting mental health problems like stress and depression.

If you are struggling with a mental health problem, you should consider adopting a yoga or mindfulness meditation. 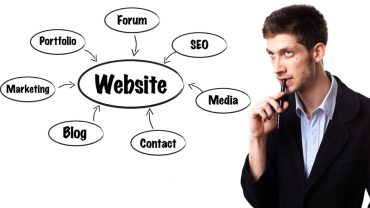