The cannabis industry has grown taken leaps over the past few years in the U.S. It has become a multi-billion dollar enterprise creating a whole new industry as well as creating thousands of jobs. The cannabis industry has created an estimated 250,000 jobs. The sales margin for the year 2018 was $10 billion and is expected to hit $13 billion by the end of the year. This boom has been accredited to the efficacy of cannabis in treating illnesses like chronic pain, anxiety, cancer, and glaucoma. Coupled with the opiate epidemic as a result of its addiction tendencies.

Cannabis at the federal level in the U.S. is classified as a schedule 1 drug and hence tagged illegal and doesn't approve of its usage. Though, with a caveat which is the right to try exception made available for individuals with terminal conditions to explore cannabis treatment. However, at the state level, cannabis is way more acceptable and thus the reason for its thriving and attaining stability.

Cannabis has been legalized for recreational and therapeutic purposes in eleven states and is set to increase to twelve in the new year with the addition of Illinois, while thirty-three states have legalized its use for therapy alone. As much as this legalization has brought progressive acceptance to the growth of the cannabis industry it has also been responsible for some setback which is possible as a result of nonuniformity across state legalization.

One such setback in the varying degree of legalization is neighboring states that have different laws that could see people move from the state that has more restrictions to that which has lesser. This is exactly the case with Ohio and Michigan. Ohio only approves the use of cannabis for medicinal purposes while Michigan legalized it for recreational and medicinal purposes. We would be looking at the implications of these trips, however, before that, it is important to understand why Ohioans travel.

One of the main attractions for Ohioans traveling to Michigan to purchase cannabis is easy to access. Since the legalization of recreational marijuana on the 1st of December, Ohioans have been traveling in numbers to purchase. Since it is recreationally legal it takes out the long process involved in obtaining in a medically licensed state like Ohio. It is also easy for a medical cannabis card carrier of Ohio to purchase in Michigan either medically or recreationally as the Ohio card is honored in Michigan.

Another reason is that Ohio's medical cannabis program doesn't recognize depression and anxiety as qualifying conditions to use cannabis. However, cannabis has been shown to be able to treat anxiety and depression hence patients would travel to Michigan to get it recreationally off the counter. Also, the prices are really high as compared to other states and Michigan offers much cheaper prices. An ounce goes for $470 in Ohio compared to $375 in Illinois. This could be because the industry is still new in Ohio and have few line staff. Dispensaries are also far away, most dispensaries are in the eastern half of the state, which means from Cincinnati to the closest dispensary is a two-hour drive.  Having understood this, here are some implications.

In as much as some of the earlier stated reasons seem plausible, it should be mentioned that it is against federal law and Ohio law to transport cannabis interstate, either legally obtained or otherwise. This interstate movement to purchase cannabis is totally against the law and if anyone is caught would face the music squarely. Which could be a $150 fine in Ohio if it is less than 3.5 ounces or losing their driving license for up to six months. However, the likelihood of being prosecuted at the federal level is minimal.

This migration would hamper the chances of the possibilities that the Ohio medical marijuana program can achieve. The Ohio program has successfully registered 20,000 patients but of these patients, only 28% successfully purchased during the first three months. The Ohio regulatory board considers a tenth of an ounce daily recommendation. However, patients bought six-tenths of an ounce, which is way lower than the needful.

This would only further push the Ohio legislators to look to legalize the recreational use of cannabis. It is always difficult to stay on the part of virtue over value. Seeing how neighboring states like Illinois and Michigan are cashing in on this industry with taxing vice. This is the act of allowing illegal activities to become legal and then tax them heavily. The economic and overall impact of legalizing cannabis is also huge as they allow the government to effectively regulate the quality of the product, stipulate the THC, as well as insist on child-resistant packages.

Obtaining A Marijuana Card In Ohio

A medical marijuana card is a patient's identity card that gives the user access to the resources of the State Board of Pharmacy. This includes access to the state dispensaries, legal protection against harassment, and access to other state's dispensaries. You can learn more about Ohio's cannabis program here. To get the card, visit a physician who will confirm the presence of a qualifying condition. Then you'd get a signed recommendation that will be submitted to the State Board of Pharmacy, preceded by a $50 payment. After which you will be able to create an online account and download your card. 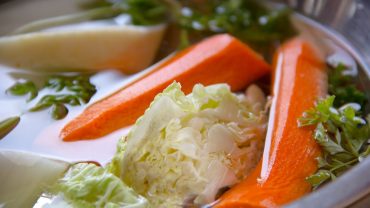